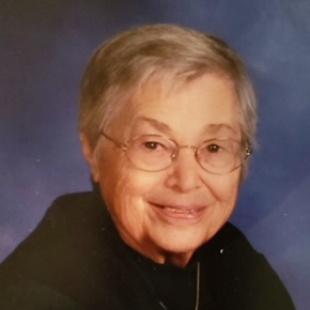 In Memory of Vivian Ardell Deckman

Vivian Ardell Deckman (Horst) passed away peacefully in her sleep on October 28, 2022.

After marrying Earl, Vivian took time away from her career to raise their three children. She participated in many of their activities including 4-H, Boy Scouts and Church Youth Group. Vivian returned to nursing in 1974, retiring in 1996 from the Sitrin Nursing Home. She delighted in spending time with her family in Ocean City, NJ looking for shells along the beach in the early morning and journaling the family’s escapades. Vivian, who was well known for her delicious cherry pie, also took joy in playing Solitaire and rowdy games of Oh Pshaw.

Predeceased by her husband Earl (2016) and brother Richard (2017). Vivian is survived by her children, Beth Scarafile (Nick), Rich Deckman (Jackie), and Sue Pardee. She is also survived by her beloved grandchildren, Amanda Austin (Nate) Corey Pardee, and Sean Scarafile, great grandchildren Cullen and Rory Austin and much loved nieces and nephews.

Calling hours will be held at Friedel, Williams & Edmunds Funeral and Cremation Services, New Hartford, NY on Saturday November 19th 2022 from 2:00 to 3:30pm followed by a short service on site.

In lieu of flowers, the family requests donations be made to Hospice & Palliative Care. Envelopes will be available at the funeral home.

For online expressions of fwefh.com