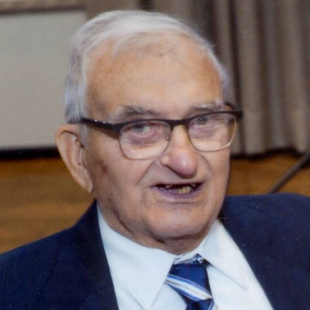 In Memory of Stanley P. Dzialo

Stanley P. Dzialo, 96 years young, loving and devoted husband, father, grandfather and great-grandfather passed away peacefully on September 27, 2019 at the Siegenthaler Center. Stanley was surrounded by family, after spending one last beautiful afternoon outside, feeling the sun on his face and the breeze in his hair...a memory that brings great comfort to his family.

Born in Yorkville, NY to Joseph and Josephine (Jasek) Dzialo, Stanley was educated in local schools before serving in the US Army in Europe during WWII. Stanley was proud to have served his country and was a long-standing member of the Whitestown American Legion Post 1113. After several decades devotedly working for the West End/Matt Brewing Company, he retired in 1986 but always remained a loyal supporter of Utica Club and Saranac.

On October 29, 1949, Stanley married Helen J. Ziobro of New Hartford. They enjoyed nearly 68 years of marriage until Helen's passing in September 2017. They cherished their years together, proudly tending to their home, working side by side to host family gatherings, celebrating their Polish heritage, traveling up and down the East Coast, and being loving parents and grandparents. The family finds peace knowing that Stanley and Helen have been reunited, as he was always quick to point out that even 68 years of their blessed marriage wasn’t quite as long as he had hoped for.

Stanley was a humble man who built his life around his family, his home, and his faith. He had a dry sense of humor that never failed to make us laugh. He adored tending to his lawn and gardens, and was always working on a project around the house. Most recently, at age 90, Stanley built an extensive ramp in his garage for Helen's wheelchair. He often said the Adirondacks were the greatest place in the world, and he loved taking weekend drives with Helen and fishing outings with his nephew Bob, who was like a son to him. Stanley was a proud grandfather to his six grandchildren, and loved spending his time babysitting, enjoying their school events, or sitting on the back porch catching up. He was thrilled to have welcomed his only great-grandchild, Anna, almost two years ago.

The family would like to thank his caregiver, Tammy, whose assistance was invaluable to us and who definitely brightened Dad's days. We would also like to recognize the staff at the Siegenthaler Center. Although Dad’s stay there was very brief, the care and compassion shown to him (and the family) by the staff was truly heart-warming and very much appreciated.

The funeral will be Friday Oct. 4 at 10:30 AM at St. John the Evangelist Church. Stanley will be buried, with military honors, in St. Stanislaus and Casimir Cemetery. Calling hours will be 4-6 PM on Thursday, Oct. 3 at Friedel, Williams & Edmunds Funeral and Cremation Services, 13 Oxford Road in New Hartford.

In lieu of flowers, those who wish may consider donations to the Siegenthaler Center in Stanley's memory. Envelopes will be available at the funeral home.