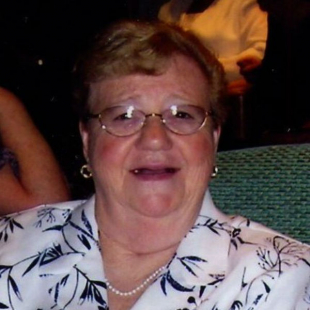 In Memory of Shirley J. Waterbury

Shirley was born May 20, 1935, in Anniston, AL, the daughter of James and Florence Daniel Cannon.

Shirley worked as a Crew Chief at McDonald’s in New Hartford for many years.

Shirley was a member of Zion Lutheran Church. She was also a member and Past Matron of Temple Chapter #300, O.E.S., currently Valley Star Chapter #217, where she served as the Grand Representative to Nova Scotia & Prince Edward Island as well as the Grand Representative to the state of Maryland. She was an active member of the Whitestown Seniors, Clinton Road Seniors, Whitestown American Legion Post #1113 Auxiliary, and a lifetime member of VFW Post #7393 Auxiliary. She was also a former member of Uarda Temple Daughters of the Nile.

The family would like to extend their special thanks to the staffs of the Eastern Star Home and the Siegenthaler Center for the exceptional care they provided Shirley.

The funeral will be private at the convenience of the family. Interment will be in Glenside Cemetery, New York Mills. There are no calling hours. A public celebration of life will be held at a later date.

In lieu of flowers, donations in Shirley’s memory may be made to Hospice and Palliative Care for the Siegenthaler Center, 4277 Middle Settlement Road, New Hartford, NY 13413.

Arrangements are in the care of Friedel, Williams & Edmunds Funeral and Cremation Services, New Hartford, NY.