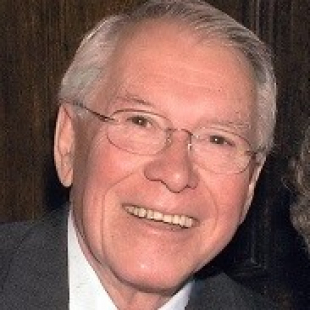 In Memory of Roger Champ Tabolt

Roger Champ Tabolt died at home, surrounded by his loving family on November 2, 2021 after an arduous battle with Lewy Body Dementia.

On November 11, 1947 he felt he was the luckiest person alive when Carole Lynch agreed to go to the Armistice Day Parade with him. After a six-year courtship, they were married on September 19, 1953 at Trinity Episcopal Church, Utica. Theirs was a loving union lasting 62 years until Carole’s passing on November 27, 2015.

He was an innovative problem solver who used his mechanical aptitude and intellectual ability first as a mechanic at Gorea’s Motor Express working under his mentor, Matty Luzcko, then as an independent owner of Mohawk Boiler Service and finally, as Superintendent of Buildings, Grounds and Transportation for the Waterville Central School District.

He instilled his fierce work ethic, sense of integrity, honor and his wisdom in his children and they in turn have passed that on to their children. He was an honest hardworking man whose word was his bond.

We also wish to thank all the caregivers from Hospice and Palliative Care. A special thank you to Christine and Stacey for their compassionate and loving attention to Roger.

A Memorial Service will be held on Monday at 10:30 AM at Grace Episcopal Church, Genesee and Elizabeth Streets, Utica with military honors. Face masks are required at the church. Calling hours are on Sunday 2-4 pm at Friedel, Williams & Edmunds Funeral and Cremation Services, 13 Oxford Rd., New Hartford.

In lieu of flowers, donations may be made to Hospice and Palliative Care or Lewy Body Dementia Association (LBDA.org)