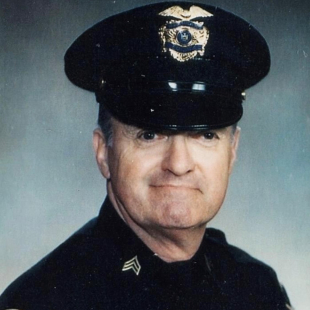 In Memory of Roger C. Rose

He was born December 29, 1939 in Utica. The son of the late Charles E. and Eileen (Zoller) Rose. He attended Utica and Oriskany Falls schools. Roger served in the U.S. Marine Corps from 1956-1965, reaching the rank of Sergeant and serving during the Bay of Pigs as well as serving several overseas embassy assignments.

He later attended MVCC for police training, and after 30 years of dedicated service to his local community, Sergeant Rose retired from the New Hartford Police Department. "Sarge" was known by many as a dedicated “street cop” who knew how important community policing was and was always willing to take the new recruits under his wing.

Roger was also very dedicated to his work as well as his community and spent over 20 years working as head custodian for the New Hartford Central School District.

He was a proud veteran and was a member of the New Hartford American Legion Post #1376.

Roger enjoyed spending time with his grandchildren, enjoyed golfing and loved having his morning coffee with his close friends Jim, Tom, Joe, Jack, and John.

Calling hours will be held on Tuesday December 7th from 4-7 pm at Friedel, Williams and Edmunds Funeral and Cremation Services. A funeral service will immediately follow at 7pm. The family respectfully requests that all attending wear face masks. Interment will be at Mt. Olivet Cemetery in Whitesboro on Wednesday at 10am.

In lieu of flowers, please consider donations to the Anita’s Stevens-Swan Humane Society in Roger’s name.