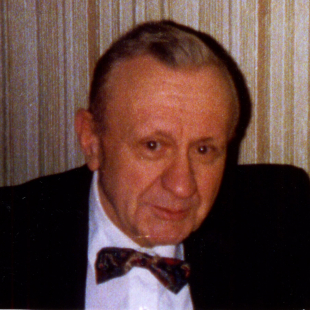 In Memory of Robert G. Pecci

He was born October 25, 1923, and was the only child of Gabriel and Palma Pecci. A lifelong resident of New Hartford, he graduated from New Hartford High School. He earned a Bachelor of Science degree at the New York University-Crane School of Music at Potsdam, NY, and his Master’s degree from School of Education, Syracuse University. He also studied at the University of Rochester.

An outstanding violinist and teacher, he taught string music and orchestra for 27 years in the Rome Public Schools, retiring in 1978, with regrets as stated by the Rome Board of Education. He was a devoted teacher, and a founder of the Oneida County Music Teachers Association, setting up scholarship programs. He conducted the Oneida County Youth Orchestra, and was chairman for the Congress of Strings Scholarship, still sponsored by the Local 51 American Federation of Musicians. Robert was also musical director for the Players Theater production of “South Pacific”.

Devoted to the higher education of students, he helped arrange auditions for the Boston School of Music, the Boston Symphony training orchestra at Tanglewood. He also spent many happy summers playing in Tanglewood, the summer home of the Boston Symphony. He was a 32nd Degree Free Mason, and a member of Amicable Lodge #664 F&M, the Scottish Rite, and Ziyara Shrine of Utica.

He was married to his wife, Jacqueline, in 1958. She passed in 1978. On her death, he retired from Rome Schools and went to Italy to play in the San Carlo Opera House Orchestra in Naples. That was his crowning glory in life.

He leaves several cousins and nieces in Italy.

Robert was a lifelong member of St. John the Evangelist Church, where his Mass will be celebrated on Tuesday, September 28, at 12:00 pm. Entombment will be in Resurrection Mausoleum, next to his wife. Calling hour will be Tuesday, September 28, from 10:30 am to 11:30 am at the Friedel, Williams & Edmunds Funeral and Cremation Services, 13 Oxford Road, New Hartford, prior to the funeral.

Robert always wished that he could leave this world a little better than he found it.