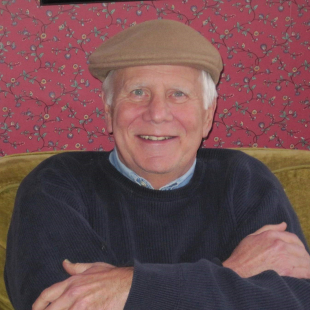 In Memory of Michael H. Stephens

Michael was born August 2, 1942, in Hornell, NY, the son of Harold J. and Evelyn Wright Stephens. Raised in Canisteo, New York, he graduated from Canisteo Central School, and Alfred University, as a Political Science major. He went on to earn his Juris Doctorate degree cum laude from the State University at Buffalo, School of Law in 1969 and served as Editor-in-Chief of the Buffalo Law Review. Michael’s 53-year legal career included the law firms of Shults & Shults of Hornell, New York, Brooks, Maier and Willson of San Francisco, California, and Ferris, Hughes, Dorrance and Groben of Utica. Michael served as confidential law clerk to the Hon. Richard J. Cardamone. He became a partner in the firms of Siegel, Hester and Stephens and ultimately in Kernan & Kernan then practicing for 20 years until his retirement. Michael served as general counsel to the Indium Corporation for over 30 years, the Herkimer County Industrial Development Corporation, and the Oneida County Industrial Development Agency. He also served on several community boards including the Salvation Army, Foothills Girl Scout Council, Human Technologies and Sturges Manufacturing. He thoroughly enjoyed his chosen profession, stating that he was fortunate to have good associates and clients with interesting legal matters. He also enjoyed, appreciated and valued his relationships with the members of the legal community throughout his years of practice.

Michael was a member of the Fort Schuyler Club, Sadaquada Golf Club and a committed supporter of ACLU. A loyal fan of the Buffalo Bills and Yankees since childhood, they remained his teams throughout his lifetime. He was very proud of his running the Boilermaker Roadrace for several years. He loved traveling with friends and family to his favorite destinations of Longboat Key and Bonaire with Stewart and Marianne Pratt. Although he was skilled at finding great restaurants and recipes, he also could turn out a gourmet dessert when called upon by The Wine Club. This long lasting group consisted of four men of which he was the last survivor.

Michael took comfort in knowing that his children are carrying on his loving family centered legacy. Michael took great pleasure in being a part of his grandchildren’s lives and the individual promise that each exhibits. He loved being able to attend their many and varied celebrations, school events, and sporting activities whenever and where ever they took place.

Michael will be sadly missed and lovingly remembered by his beloved wife of 55 years, Connie, and his cherished children and grandchildren: Susie (Brendan) Jenkins, of New Hartford, and David (Sarah) Stephens of Clinton, Campbell, Graham and Clara Jenkins, and Morgan and Ella Stephens. He is also survived by his sisters-in-law, Karen (Barney) Mitchell of Perry, New York and Nancy Chambers of Glendale, Arizona. Michael was predeceased by his brothers Arlen Stephens and Gary Stephens.

Michael held a special place in his heart for his cousin Elaine Pierce and long-time and very good friends Marianne Pratt and Keith and Kathy Jamison, as well as many now deceased friends, for so many fond and shared memories.

In lieu of flowers, contributions in Michael’s memory can be made to Stuff The Bus CNY, Cancer Services at MVHS, or Hospice.

Calling hours for family and friends will be held on Thursday, July 28, 2022 from 4:00 to 6:00 p.m. at Friedel, Williams and Edmunds Funeral and Cremation Services, 13 Oxford Road, New Hartford, New York 13413. Private interment will be held at the convenience of the family.