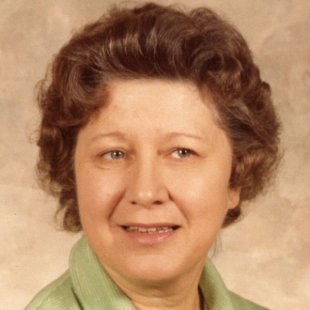 In Memory of Mary K. Koshar

She was born Mary Antoinette Krish on October 21, 1924, in Demopolis, AL, a daughter of the late Frank and Antonia Ozbolt Krish, Slovenian immigrants. Most of her primary education took place at a home for children called Holy Angels, in the Bronx, where she graduated at the top of her class. Her secondary schooling was in Seward Park High School, Manhattan.

At age sixteen, she began her work career in New York City, at a laundry, then later, at a book bindery and at U. S. Radium Corporation. Moving to Richfield Springs, NY after World War II, she worked at Shurkatch Fishing Tackle. Eventually, she started at New York Telephone in the Richfield office, as an operator. She retired from the company as a manager in Utica NY after 38 years of service.

On August 2, 1952, Mary married Joseph Koshar in St. Joseph’s Church, Richfield Springs and they began a long happy life together. A couple years later they moved to Utica where they raised their three children. Joseph died on March 24, 2005.

She had a natural musical ability. Her favorite was Slovenian music. A self-taught harmonica player at age seven, as a young lady, she sang in Domovina Singing Society, in Brooklyn. She also exhibited her talents when dancing her best loved polkas and waltzes.

Another joy of hers was working with numbers. She did so avidly, when performing at her job, doing her income tax and solving Sudoku puzzles.

Her enjoyment of cooking and cleaning was evident in her exceptional results.

She is survived by her three children, Joanne Koshar of Utica, Andrew Koshar of Yorkville and John Koshar and his wife, Colleen of Saunderstown, RI; grandchildren, William F., Jr., Mary and Frances Pickles; niece, Frances Wesley and nephew, Frank (Marilyn)Svet, Jr, and several members of the Koshar family. She was predeceased by her sister Millie Svet and brothers, John and Frank Krish.

The funeral will be on Saturday, August 1, at 11:30 am, at the Church of Our Lady Lourdes, Utica, where a Funeral Mass will be celebrated. If attending, please wear a face mask. Interment service will be restricted to immediate family due to current health circumstances. We look forward to hosting a remembrance gathering at a future date.

In lieu of flowers, please consider the Alzheimer’s association in memory of Mary.