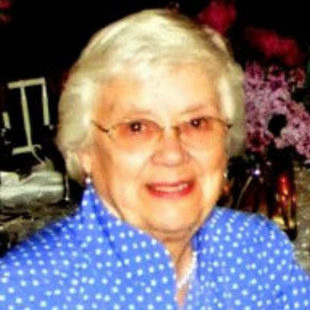 In Memory of Mary Angela Kernan

We lost our dear Aunt Angie, matriarch of the Kernan family and the last of her generation, at age 101, on June 19, 2020, her brother Leslie’s birthday.

She was born Mary Angela Kernan on November 14, 1918 in Utica, daughter of the late
James S. and Angela S. Kernan. She was educated at the Utica Country Day School and the Noroton School, Convent of the Sacred Heart.

First and foremost she was a woman of faith, a daily communicant for many years at Historic Old St. John’s Church where she was a parishioner all of her life. While never married, she held her family deep in her heart. She upheld many family traditions, especially at holiday gatherings. These included Christmas breakfasts when her siblings, nieces and nephews,
great-nieces and great-nephews and assorted cousins, 40 or 50 strong, would come together from all parts of the country.

She was a volunteer in many community charitable organizations, including the American Red Cross during World War II when she volunteered at the Rhoads Hospital, and in later years with Hospice and Palliative Care.

Angie was an accomplished chef, athlete in many sports, artist, world traveler, outdoors woman and gardener. She was a lifelong member of the Sadaquada Golf Club, where she won championships in singles, doubles and mixed doubles tennis matches, including all three in one year.

Although Angie was homebound for the last years of her life, she never lost her cheerful wit and keen interest in the goings on of her nieces and nephews and their children and grandchildren. She was a dedicated and willing long term care giver for her mother, her Uncle Warnick and two brothers Bernie and Jim. She set an example of kindness and compassion that has been an inspiration to all who have known her.

Angie was predeceased by her four brothers, William, James, Bernard and Leslie Kernan, her sister, Frances Kernan Gilroy, and many beloved in-laws.

A private Funeral Mass will be held for the family at Historic Old St. John’s Church, Utica. Interment will be in St. Agnes Cemetery. There are no calling hours.

We would like to thank Oxford Home Care and Angie’s devoted team for the many years of support and comfort.

In lieu of flowers please consider the Warnick J. Kernan Fund at the Community Foundation of Herkimer and Oneida Counties or a charity of your choice.