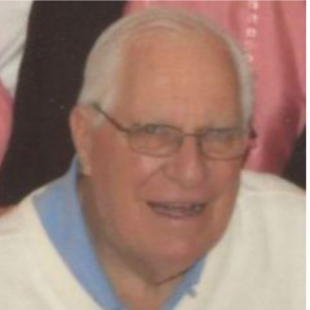 He was born November 14, 1932 in Utica, the son of the late John S. Sr. and Agnes Rourke Friedel. He received his education in Utica Schools and graduated from Whitesboro High School, attended Hartwick College. He then graduated from the Simmons School of Mortuary Science, where he was selected by his peers and the faculty as the student who possesses the high ideals of the funeral profession. He also received the New York State Funeral Directors Merit Award. He received his funeral director’s license in 1953.

John served in the US Army from 1954-1956 stationed in Germany with the 1st Infantry Division.

Upon discharge from the Army, he became associated with his father at the John S. Friedel Funeral Homes, Inc. and the John S. Friedel Ambulance Service in Utica. After his father’s retirement he became President of the funeral home. For many years he operated the funeral home with his brother-in-law Salvatore (Sam) Coriale. He retired January 1, 1991, at that time he was President of Friedel, Williams, Coriale & Edmunds Funeral Homes, with locations in Utica, New Hartford and Whitesboro. It pleased him that the tradition of the family business continues today with his son and son-in-law as third generation funeral directors.

Over the years John was involved in many professional and civic organizations, including, Tri-County, New York State and National Funeral Director’s Associations; the Preferred Funeral Director’s Association and Selected Independent Funeral Homes. He previously served on the boards of The Lutheran Home, The Lutheran Homes Foundation, and Samaritan Counseling Center of the Mohawk Valley. He also served on the Village Board of New Hartford.

His other memberships included the Utica Curling Club, Ft. Schuyler Club, and the Rotary Club of New Hartford where he was Past President, the Greater Utica Chamber of Commerce and the New Hartford Chamber of Commerce. He also was active in various Masonic organizations over the years including Ziyara Shriners where he served as Potentate in 1987.

He was a member of St. John the Evangelist Church, New Hartford.

John enjoyed life. He especially enjoyed the memories he had of time spent at the family camp on Echo Lake in Boonville and he enjoyed the 25 years of retirement that he and LaVerne had together in St. Petersburg, FL and their home at Point Brittany.

Above all else his deepest love was for his family, always enjoying time together with his children and grandchildren.

The funeral will be Saturday at 10:30 AM at St. John the Evangelist Church, where Mass of Christian Burial will be celebrated. Interment will be in Forest Hill Cemetery. Calling hours are on Friday from 4-7 PM at the Friedel, Williams & Edmunds Funeral and Cremation Services, 13 Oxford Rd., New Hartford.

In memory of John, those who wish make donations to the New Hartford Fire Department or Donate Life.