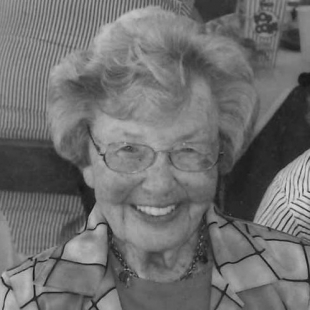 In Memory of Jean Redington

She was born on October 3, 1919, in Bristol, England, the daughter of the late Robert and Blanche Hodges Alexander. Jean was educated at Colston Girls School in Bristol. At the start of WWII she joined the ATS (the women’s branch of the British Army) and drove ambulances, before landing in Normandy just after D-Day. Stationed in Brussels, Belgium, she drove Humber Snipe staff cars. Notably she drove the first German officers to negotiate the surrender of Germany in Reims on May 5, 1945. After the war, Jean worked for UNRRA helping resettle refugees in Germany where she met Daniel Redington who was a navigator in the Berlin Air Lift. They married on March 5, 1949 in Bad Nauheim, Germany.

Jean developed lifelong friendships playing tennis and bridge as well as golf as a Yahnundasis GC member. She played all of these with great enthusiasm and her love of games and sports was passed on to all the family. She will be remembered for her laughter and wit. Her love of everything British- songs and dances from her childhood, a good chocolate biscuit, and that everything’s better with butter and bacon. She would want all to remember to never say no if you can say yes, to not be afraid, and to enjoy life. Jean will be missed by all who knew her.

Services will be held at Arlington National Cemetery at a later date. Arrangements are with the Friedel, Williams & Edmunds Funeral and Cremation Services, 13 Oxford Rd., New Hartford.

In lieu of flowers, please consider a donation to your favorite charity in memory of Jean.