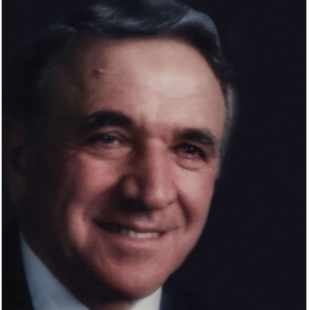 In Memory of Janos (John) Steyer

He was born in Felsocsatár, Hungary on August 13, 1931 to the late Joseph and Terez (Cserer) Steier. During the Hungarian Revolution of 1956 John, together with his fiancé Éva (Dori) courageously fled to the United States. Soon after, he committed his love for Éva when they were married on December 27, 1956. Their love and commitment to one another remained strong and unbreakable for 62 years.

John was a skilled auto mechanic. In the mid-1960’s, he opened a car repair business, Imported Car Garage, in Rome, NY which he operated for over 30 years. He concluded his work career as an employee of Waste Management Inc. His hobbies included home projects and gardening. In November 1975, he fulfilled a childhood dream, when he became a licensed private pilot.

John was also a deeply religious man with a deep love of God, family and friends. His humility, compassion, generosity and work ethic were qualities that will be long remembered by those who knew him. His study and appreciation of the Bible moved him to be baptized on March 23, 1968 as one of Jehovah’s Witnesses. His faithful service extended over fifty-one years as a member of the Highland, Paris Hill and Riverside Congregations of Jehovah’s Witnesses.

He is also survived by relatives in Hungary, his brother-in-law Janos Dori and wife Aranka, sister Elizabeth Varga and numerous nieces and nephews. He was predeceased by brothers Andrew and Mihaly and sisters, Mary and Anna.

Our family would like to give a special “thank you” to thestaff of the Lutheran Home-Bryant Unit and Optum Care for their loving care for our “Papa John” over the last four years of his life.