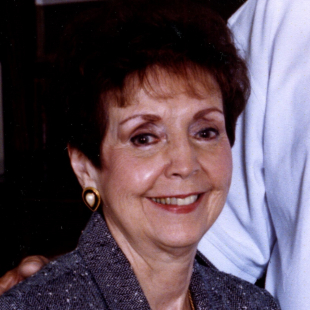 In Memory of Janet H. Seeger

Janet began her working career with Homestead Bank and later worked for several years at Steinbach’s Department Store from which she retired.
Janet was a member of Mary, Mother of Our Savior Parish, Church of Our Lady of Lourdes in Utica. She spent many hours volunteering with Faxton St. Luke’s Healthcare. In her free time, she enjoyed watching the Hallmark Channel and always enjoyed a good glass of wine.

Janet is survived by her children and their spouses, Bonnie and Larry Gaska of Hudson Falls, NY, Cindy and Larry Stern of Waterville, Paul and Wendy Seeger of Utica and Joanne Seeger of Denver, CO; her grandchildren Cristian Gaska, Todd M. (Catharine) Stern, Meghan (Chad) Cattadoris, Matthew Seeger and Nicole (Randy) Papadinec; great grandchildren Carter and Avery Cattadoris, Colden and Eleanor Stern, Savannah, Amelia and Cam Papadinec; sister, Kathy (Jack Ruddick) McMahon and Karen (Richard) Ryan as well as several nieces and nephews. She was predeceased by her sister Patty McMahon and her grandmother, Bessie who she loved dearly.

The family would like to offer a special thank you to all the staff at the Sitrin Health Care Center for the wonderful care given to Janet.

The funeral will be held on Monday, July 11, 2022 at 12:00 noon at the Mary, Mother of Our Savior Parish, Church of Our Lady of Lourdes in Utica. Interment will be in Green Lawn Cemetery. The family will greet everyone immediately following Mass. Arrangements are with the Friedel, Williams & Edmunds Funeral and Cremation Services, 13 Oxford Rd., New Hartford.

For online expressions of sympathy go to fwefh.com