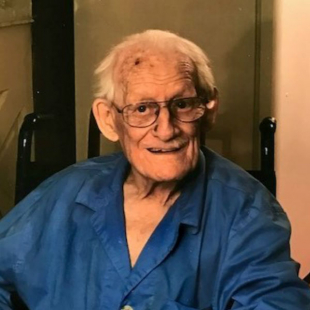 In Memory of George S. Wagner

He was married to Patricia M. Wagner for 70 years and lived in Marcy NY. He served in the Army during World War II from 1942-1945,in the South Pacific as US Army Engineer.George retired from the FX Matt Brewery Company after 34years. He served as the sexton for 12 yrs.at the New Hartford Presbyterian Church. George belonged to the American Legion Post 26 Clark Mills and Veterans of Foreign Wars Post 7393

He is survived by his wife Patricia M. Wagner; son, Richard M. Wagner and his wife Jacque; daughter, Karen A Edick and her husband, Harry; son George S. Wagner and his wife, Patricia; 9 grandchildren; 10 greatgrandchildren and 5 great great grandchildren. He was predeceased by a son, Raymond L. Wagner. Arrangements are under the direction of Friedel, Williams& Edmunds Funeral and Cremation Services, 13 Oxford Rd., New Hartford. Interment will be in Crown Hill Memorial Park.

The Wagner family would like to extend their gratitude to the staff at Abraham House in Rome for their care and compassion. The family also wants to give a special thanks to the home aids especially Irene and Crystal for their kindness and compassion.

In lieu of flowers donations in the name of George Wagner can be made to the Abraham House in Rome NY or the Stevens-Swan Humane Society.