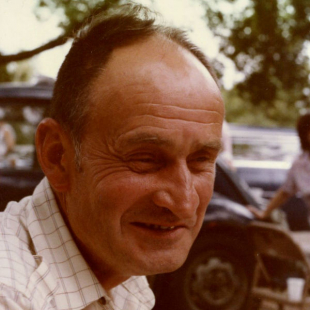 In Memory of George R. Wiegand

George R. Wiegand, 87, of New Hartford, died August 20, 2020 along with his beloved dog Sarge as a result of an automobile accident.

He was born September 3, 1932 in Utica, son of the late Raymond and Gladys Yates Wiegand and attended Utica schools. He served in the US Army from 1952-54.

He was a member of the Carpenter’s Union # 120 and was employed at George A. Nole & Sons.

He was a member of St. John the Evangelist Church, and the Utica Elks Lodge # 33.

He was an avid Yankees fan and was known for giving daily updates on them to his family and friends.

The family wishes to extend their sincere thanks to the EMT’s at the scene and the staff of the Emergency Department of St. Elizabeth Medical Center for all of the efforts and care.

The funeral will be Wednesday at 10:00 AM at St. John the Evangelist Church where a Mass of Christian Burial will be celebrated. Due to Covid-19 restrictions, face masks are required, social distancing and contact tracing will be followed. Interment will be in Calvary Cemetery. There are no public calling hours.

In lieu of flowers, donations may be made to the Stevens-Swan Humane Society.

Arrangements are in the care of Friedel, Williams & Edmunds Funeral and Cremation Service, New Hartford.