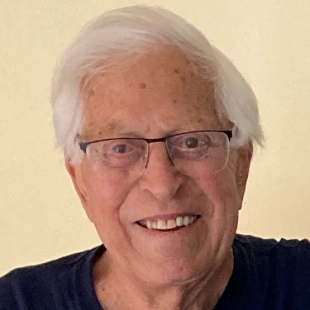 In Memory of Francis Morelle

Francis was the first born son of the late Joseph and Teresa (Cavalier) Morelle whom he loved dearly for giving him, in his words, “the best childhood ever.” He proudly served as a CPL in the Army from 1950 to 1952. In 1951 Francis was united in marriage to Jane Weaver, the first love of his life. Jane passed unexpectedly in 1965 leaving Francis and daughters

Diane, Teresa and Nancy. In 1967 he married Maryann Furgal and was blessed with a fourth daughter, Jackie.

Francis was a friend to all, rooted for the less fortunate, and a man of strong work ethics. He worked at Chicago Pneumatic 37 years and worked weekends for his commercial floor waxing business he co-founded. After retirement he found his true passion working in special ed in Utica schools for 17 years, volunteering with CABVI, playing tennis on Bleecker St. and taking care of his lawn. Fran also worked Democratic campaigns for brothers Ronald and Walter and nephew Joe.

An all-round athlete, Fran played football and baseball at Proctor High and was scouted by the Boston Red Sox. In 1946 he was co-captain of Utica College’s first baseball team. He was a proud player for Pecorello’s MUNY basketball team and many friends fondly remember him as Biddy Basketball coach at New York Mills. He enjoyed his daily workouts at the Fitness Mill until the age of 88. His daughters will always treasure his “spirited running commentary” of the Giants & Buffalo Bills games. Fran was an excellent cook; his family will miss his Sunday homemade Italian meatballs.

Fran was a cool dad, great neighbor, proud father and grandfather. He leaves behind his beloved daughters Teresa Morelle Rogers (Charles Rogers), Nancy Morelle and Jackie Bonomo and beloved grandchildren Joseph and Jenna Bonomo. His sons-in-law, Charles Rogers and Adrian vanderKraan will especially miss Fran and his sense of humor. He’s also survived by Cheryl Ridley, his fiancee and loving companion of many years who together enjoyed many FL vacations, road trips, dances and breakfasts with friends, and her children Talitha and Paul (Fay) Ridley. He is also survived by Maryann Morelle; though divorced, remained friends. He leaves brother-in-law George Weaver, sisters-in-law Arlene Tinkler, Julie Morelle and Donna Morelle as well as special friend Laurie Porreca who he called his Fifth Daughter. Uncle Franny leaves behind many nieces and nephews.

If you knew Fran, you knew of his kindness and generosity; in lieu of flowers, please help out someone less fortunate in your walk of life.

Funeral mass will be 9:00 am Monday at Mary Mother of Our Saviour Church (Our Lady of the Rosary), 1736 Burrstone Road, New Hartford. The family will greet friends following the Mass. Interment will follow at Calvary Cemetery.