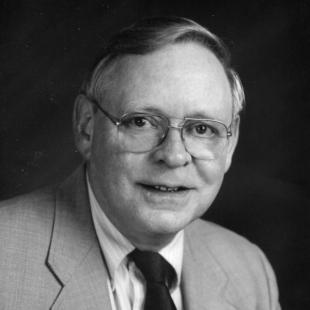 Dr. Franklin M. Barber, 84, passed away peacefully on Thursday, Dec 19th, at the Presbyterian Home, with his family by his side.

Frank was born November 18, 1935 in Utica, the son of Irving C. Barber and Eva Mitchell Barber.

After graduating from dental school, Dr. Barber served with the Navy on the USS Telfair, practicing dentistry and transporting our Marines through the Panama Canal.

Coming home in 1963, he built his dental practice at 2628 Genesee Street, in South Utica and enjoyed 38 years of practice. He also worked out of West Winfield in the early years.

For 65 years Frank was a summer resident of Dunhams Bay on Lake George where he helped his father build one camp and built another with his wife and kids. He also loved to refurbish old wooden boats.

In addition to his wife, Annette, he is survived by his children: Pamela Barber Amaral and husband Anthony and children James and Caroline of Pembroke, Bermuda; Christopher Barber and wife Stephanie and children Geoffrey and Kate of South Glens Falls, NY; Karen Barber Ruta and husband Pat and children Spencer and Bradley of Queensbury, NY; and Steven Barber and wife Sarah and children Evelyn and David of Naples, Florida; and exchange student “sons” Jo Aslaksen of Oslo, Norway and Markus Helanen of Vantaa, Finland. He is also survived by his Sister-in-Law, Joanne H. Barber, and Brother-in-Law Charles B. Rogers and his wife Teresa Morelle. He leaves his nieces Kimberly Paine and Amanda Rogers, and a nephew C.B. Rogers, a special cousin Richard Waldron, and a dear friend Alice Boucher. He was predeceased by his parents and his brother Edward I. Barber.

The family wishes to thank the Presbyterian Home and all the staff of Elm Unit for their sincere comapssion and care. Also, thank you to Visiting Nurses Association, Senior Network Health, Dr. Steven LaGrant and Dr. Roger Breslow.

The funeral will be Monday at 11:00 AM at Friedel, Williams & Edmunds Funeral and Cremation Services, 13 Oxford Rd., New Hartford. Interment in Crown Hill Memorial Park. Calling hours are on Sunday from 2-5.

In lieu of flowers, kindly consider a contribution in Frank’s memory to Central Association for the Blind, 507 Kent Street, Utica, NY 13501.