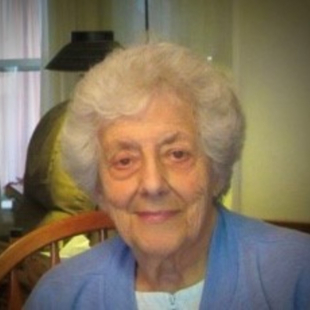 In Memory of Diana C. Howard

Diana was born on January 20, 1925 at Memorial Hospital, Utica, to loving parents Frank and Rose Pellettieri Cesarone. She attended Roosevelt School, graduated from UFA in 1943, and graduated from Faxton Hospital, School of Nursing in 1946. After passing her NYS Nursing Boards, she became an R.N. She took a 6-month clinical course in NY City. Worked 9 years at Oneida County Hospital of Utica on South and Mohawk Sts. Worked at Faxton Hospital, retiring in 1987. She was of the Protestant faith. In 1951, she married Richard Howard in Grace Episcopal Church in Utica. Richard passed on in 2006.

She was so proud to be a graduate of Faxton Hospital School of Nursing and was active in their Alumni Association. She volunteered at Hospice.

She had many happy memories camping with her loving children and time spent at our camp on Kayuta Lake. She loved to read, loved her many cats over the years, and enjoyed working in the antique business with Richard. She was an avid golfer, cross-country skier and bowler. She loved chicken riggies and greens.

Interment at a later date at Forest Hills Cemetery, Utica, NY. No flowers or calling hours, per her desire. In lieu of flowers, please consider the Stevens Swan Humane Society or Spring Farm Cares.