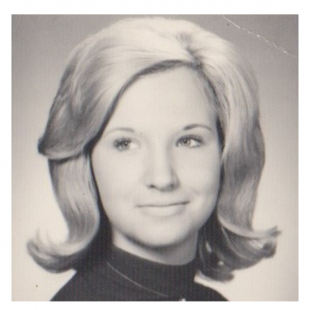 Deborah (Debby) Ann Teesdale Murray, 70, passed away Tuesday, January 26, at St. Luke’s Hospital. She was a lifetime Utica area resident with a home in Clinton.

Debby was born on April 9, 1950, a daughter of Richard and Joyce Pronto Teesdale. She graduated from New Hartford High School in 1968. While she spent years working in each the restaurant industry and county social services, she had the most joy as a part time nanny working for the Christopher family in the 1980s and the Virkler family after her retirement. She had a special bond with the families, especially with the youngest in each.

She was predeceased by her parents, former husband John Murray, sister Tamorah, and brother Richard.

She leaves her loving memories to be cherished by her aunt Jacquelyn Riley of New Hartford, brother Timothy Teesdale (Terry) of Remsen, sister Tracey Hepburn (Gary) of Burlington, ON; sons Randy Bullock (Lisa) of Birmingham, AL; John Murray of Clinton and James Murray of Morrisville; grandchildren John Ty Murray, Jessica Murray, Morgan Murray, and Jackson Bullock; nephews Richard Teesdale and Cody James Teesdale, her niece Jamie (Matt) Sharman and her great nephew Mack Sharman who arrived one month early so that Debby was sure to see him; the families of William and Patricia Virkler and Jeanne and the late Paul Christopher, among many Pronto, Teesdale, and Murray family members including her cousins Karen Sents of New Hartford and Cheri Kaelin of Oriskany, and lifelong friend Alice Relyea of Clinton. Debby’s precious Bella will now make her furever home with the Virkler’s.

Our family would like to thank the St. Luke’s nursing staff for their kindness and care.

Her wishes were to be cremated with a catholic mass in her memory to be held at a later date at St. John the Evangelist Catholic Church.