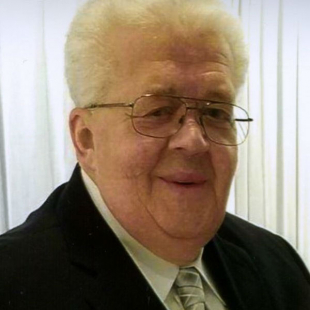 In Memory of David P. Vanderpool

David P. Vanderpool, 75, of Clinton, passed away peacefully, surrounded by his family on Monday December 30, 2019.

He was born on February 20, 1944, in Utica, a son of the late Harry and Virginia (Damrath) Vanderpool.

For many years, David worked at local retail establishments. He also worked as a funeral assistant for various area funeral homes, including the Friedel Williams & Edmunds Funeral and Cremation Services, where he worked 60 years, the Dimbleby Funeral Home and the Smith Funeral Home. He also owned and operated his own cleaning service company, DV Services for many years.

The family would like to thank the many doctors who cared for David throughout his life and all the nurses who recently cared for him at St. Elizabeth Medical Center, 3rd floor and ICU.

Calling hours will be on Friday from 4-7 at the Friedel, Williams & Edmunds Funeral and Cremation Services, 13 Oxford Rd., New Hartford. A Mass of Christian Burial will be held on, Saturday at 9:00 AM at the Church of Our Lady of the Rosary, Burrstone Road, New Hartford. Interment will follow in Forest Hill Cemetery, Utica.

In lieu of flowers donations may be made in David’s memory to Operation Sunshine, c/o Observer Dispatch, 221 Oriskany Plaza, Utica, NY 13501