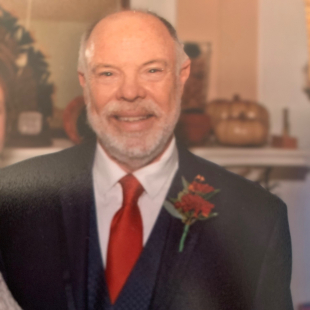 In Memory of Craig Pugh

He was born in Holland Patent, NY on May 7, 1954 to Lyle and Frances “Rusty” (Griffith) Pugh. He attended Holland Patent Schools, followed by trade studies and was a lifelong Registered Jeweler.

In 1987, he married his wife Edie, where they resided in Utica and raised their two daughters. He was employed many years at Lennon’s Jewelers, retiring in 2019. He was an avid member and past president of New Hartford Rotary Club, as well as Youth Exchange Officer and a Paul Harris Fellow. He was also a member and past president of the Friendly Sons of St Patrick’s and Ski Patrol at McCauley Mountain.

He was predeceased by his parents, Lyle and Rusty Pugh. He is survived by his wife, Edie; daughter and son-in law, Greta and Michael Scotellaro; daughter Marla Pugh; and one grandson, Michael, all of Utica. He is also survived by a sister Dorcas (Anthony) Tartaglia, of Florida; brothers Darryl (Mary Ellen) Pugh of Spain and Aaron (Barb) Pugh of Vernon; and several nieces and nephews.

Private services will be held at the convenience of the family. Arrangements are entrusted to Friedel, Williams & Edmunds Funeral and Cremation Services, 13 Oxford Rd., New Hartford.

In lieu of flowers, please consider donations to a charity of your choice in memory of Craig.