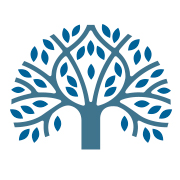 In Memory of Billy John Rivera-Albertorio

Utica – Billy John Rivera-Albertorio, 36, of Utica, passed away unexpectedly at his home on August 28, 2019.

He was born September 17, 1982, in Ponce, Puerto Rico, to Santos B. and Marisol (Albertorio) Rivera. Billy graduated from high school and attended college, earning an Associate’s degree in Culinary Arts. He had worked as a landscaper and a chef at La Curvita Restaurant in Puerto Rico, and as a kitchen aide for the Utica City School District.

Billy was of the Roman Catholic faith, and became engaged to marry Dania Mejias on May 13, 2018. He enjoyed listening to music and dancing in his leisure time. His sense of humor and generosity were well known. Billy was always willing to lend a hand. He never said “no” to anyone needing help or assistance.

Friends and family are invited to attend a visitation on Monday from 11 a.m. until noon, at Friedel, Williams & Edmunds Funeral and Cremation Services, 1123 Court Street, Utica, NY. Funeral services will be in Puerto Rico later in the week.