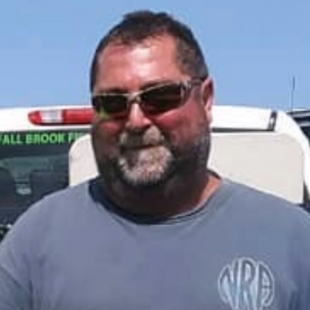 He was born on April 24, 1965, a son of Suzanne Lorraine Wheatley Fiumara and the late William T. Wheatley, Sr. Bill was educated locally and graduated from Clinton High School in 1983. On July 25, 1992, Bill married Robin Sherman. Bill started off self-employed as a plumber pipefitter and then worked for Armani and most recently with J. Meadows Fire & Sprinklers, Co.

Bill was a member of the Sauquoit Creek Fish and Game Club, where he served as the President for over 20 years. He enjoyed hunting, fishing and target shooting. He also enjoyed going to the NASCAR Races at Watkins Glen.

He is survived by his wife, Robin Wheatley; son Jordan Wheatley, both of New Hartford; mother, Suzanne Fiumara and her husband, Tony of New York Mills; sisters, Tricia Bonner and her husband, Bob, Lorraine Wheatley and her significant other, Jim and Karen Wheatley and her significant John; brother-in-law, Rick Sherman and many uncles and aunts and nieces and nephews and cousins.

Bill’s family would like to offer a heartfelt thank you to Jerry and Jill Wilson from J. Meadows Fire & Sprinklers, Co. for all the support and care they have given Bill. They would also like extend a special thank to the New Hartford Fire Department.

The funeral will be on Thursday at 10:00 at the Friedel, Williams & Edmunds Funeral and Cremation Services, 13 Oxford Rd., New Hartford. Interment will be in Green Lawn Cemetery. Calling hours will be on Wednesday from 5:00 to 7:00 at the funeral home.

In lieu of flowers, please consider the New Hartford Fire Department in memory of Bill.