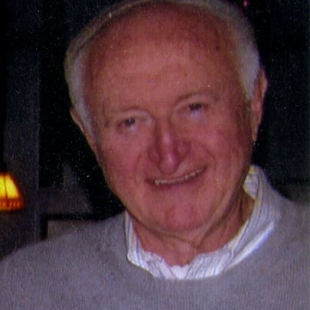 In Memory of Walter Graham Pratt

Walter Graham Pratt, 80, of New Hartford, passed away November 18, 2022, at the Siegenthaler Center after a lengthy illness.
He was born on April 5, 1942, in Utica, to the late Mary Eleanor {Purvis} and W. Roger Pratt. Walter received his BS degree from Utica College of Syracuse University and his law degree from Albany Law School of Union University, graduating fifth in his class. He was admitted to the New York State Bar in 1969.

Walter was employed at the Department of Justice in Washington, DC and subsequently returned home to Utica to join his father in private practice.

Walter was a member of the Oneida County Bar Association and was active with the Bagg’s Square Association.

He loved the outdoors and traveling the world. He was an avid runner who enjoyed racing in The Boilermaker, skiing, and swimming.

He is survived by his wife Mary Austin Donalty of New Hartford; his children Sean (Michelle) Pratt of Madison, WI and Michelle (Paul) Pratt of Portland, OR; his brothers Willard (Marie) Pratt of Sylvan Beach, David (Lisa) Pratt of FL and Marilyn Pratt of Hubbardsville, as well as several nieces and nephews.

Walter’s wife, Mary, would like to express her gratitude to her brother and sister-in-law, Barry and Jeanne Donalty, for all their support during Walter’s illness. Also, her nieces, Alison Donalty and Lauren Donalty Canalori, for travelling to be with Mary to support her during these difficult days.

Walter will be long remembered for his incredible wit, calming presence, and steadfast loyalty to family and friends. And for his delicious apple pie.