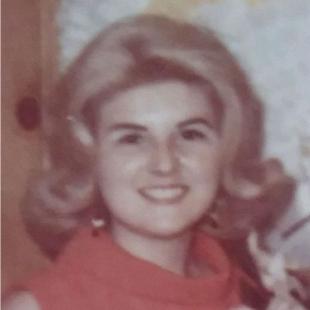 In Memory of Theresa M. French

Theresa M. French, 75, of Whitesboro, passed away peacefully on October 5, 2020 in the comfort of her home surrounded by her family.

She was born June 10, 1945, in the Bronx, NY. She was the daughter of the late Frank Glausen Jr. and Marguerite Ford Glausen. Theresa, or Terry as she was often called, graduated from Fairleigh-Dickinson University, Rutherford Campus with her B.S. in Marketing and began her career at Aherst Laboratories in New York City.

On April 26, 1969 she married Michael V. French in Paramus, NJ. She moved to Utica to participate in the family business and began raising her family. They shared a blessed union of 51 ½ years sharing the love of family and making many friends along the way.

Theresa was an avid bowler for many years and a strong member of a Bullseye shooting team as well. She enjoyed traveling to various destinations including multiple cruises shared with family members. Another thing Theresa enjoyed throughout the years were evenings out with friends to the casino. She was always proud of her Irish heritage and loved sharing the stories and traditions of the “Old Sod” as told to her by her grandmother.

She retired from the Rome Office of the Central New York DDSO after 25 years of service in the Business and Payroll offices.

Most important, Theresa’s greatest joy was spending time surrounded by her family.

She is survived by her husband, Michael of Whitesboro; her sons; Scott French (Wendy Corsi) of Holland Patent, Brian French (Kim Stenske) of Holland Patent, and daughter and son-in-law Rosemary and Lawrence Joseph Jr. of Utica; her grandchildren Cassondra French, Julia French, Elaina French and Christopher French, her great-granddaughter Aubri Roe, one brother and sister-in-law Frank and Sally Glausen, III of Athens, NY and a brother-in-law and sister-in-law Peter and Julie French of Cleveland, TN as well as several nieces and nephews.

The family wishes to extend their thanks to the staff of Hospice and Palliative Care, Inc. for all of the support and care given to Theresa and her family.

A Mass of Christian Burial will be held on Friday at 9:00 AM at St. Paul’s Catholic Church, Whitesboro. The family will greet friends following the service. Interment will be in the Livingston Cemetery, Livingston, NY. There are no calling hours.

In lieu of flowers, please consider a donation to Hospice and Palliative Care, Inc.