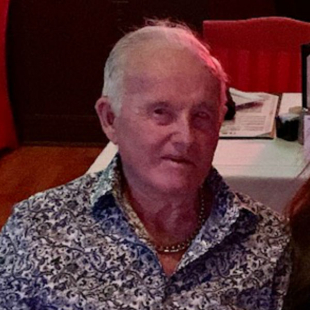 In Memory of Stuart C. Murphy

He was born July 2, 1937 in Utica, a son of William and Margaret Burns Murphy and graduated from Utica Free Academy.

He worked for over 60 years in the family business, Murphy Excavating Co,with his brothers. He was Vice-President and Secretary of the company. Stuart’s work ethic was second to none, working seven days a working from dawn until dusk, he was devoted to his work.

He was a 60 year member of the International Union of Operating Engineers, a member of the Elks Club in Ft. Myers, FL and the Loyal Order of the Moose.

Stuart loved life and lived it to the fullest, constantly staying busy, whether it was at work or at play, he always had to have something to keep him busy. He was an avid hunter and fisherman. He loved dancing. He loved spending summers at his camp in Boonville and enjoyed the winters he spent in Ft. Myers, FL.

The funeral will be on Thursday at 11:00 AM at Friedel, Williams & Edmunds Funeral and Cremation Services, 13 Oxford R., New Hartford. Interment will be at the convenience of family at Crown Hill Memorial Park. Calling hours are on Wednesday from 3-7 PM.

In lieu of flowers, donations may be made to the Cleveland Clinic, Cleveland, Ohio or American Heart Association.