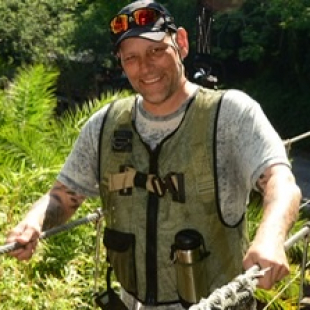 In Memory of Robert C. Hart

He was born June 1, 1969, in Ft. Lauderdale, FL, the son of Jack and Lee Rajaniemi Hart. They later moved to New Hartford where Robert grew up. Robert married Tammy Bowen October 7, 2012.

He worked as an officer in the NYS Department of Corrections for 20 years and then was a Sergeant for his last 5 years until his retirement in 2019. Robert also co-owned HD Construction.

Robert recently became a member of CenterPoint Church in Barneveld. He was also a member at Crystal Springs Golf Course.

Rob enjoyed golfing, camping, hiking, photography, and traveling. His annual trips to Disney with family and friends were among his favorite. He was most importantly a family man. He loved spending time with his family, including supporting his sons in their hockey games in both New Hartford and Whitesboro.

Robert is survived by his wife Tammy; his parents Lee and Jack Hart; his children Ashley (Joel) Hart, Ethan and Jacob Hart; his 2 grandchildren Elsie and Valencia; his brother Bart (Sky) Hart and several nieces, nephews, aunts, uncles and cousins.

The family wishes to extend their thanks and gratitude to Dr. Alicia DeTraglia and Hospice for all their care of Robert and to all of the Staff of MVHS at the St. Luke’s Campus.

Calling hours are on Thursday from 3-6 PM at the CenterPoint Church, 8021, NY Route 12, Barneveld. A service will follow at 6 PM at the church.

In lieu of flowers, donations may be made to the Robert Hart Memorial Scholarship Fund, c/o the Whitestown Youth Hockey Association, PO Box 61, Whitesboro, NY 13492 or to CenterPoint Church, 8021 NY Route 12, Barneveld, NY 13304.