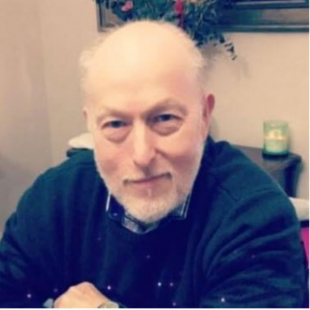 In Memory of Paul G. Douglass

He was born on October 19, 1942, in Syracuse, a son of the late Kenneth J. and Evelyn Hodgkins Douglass. Paul served in the United States Air Force from 1960 – 1964. He worked for the United States Postal Service as the supervisor of maintenance department in Utica for many years until his retirement.

Paul was a member of Zion Lutheran Church. He was an avid Syracuse University Football and Basketball fan and with his free time he enjoyed his time on the computer and a good Yankees game.

He is survived by his two sons, Kenneth J. (Refija Bajrektarevic) Douglass of Utica and Michael P. (Hanna) Douglass of ME; grandchildren Kenny, Ethan, and Elvedin; brother John R (Terry) Douglass of SC; and sister Karen R. Douglass of Syracuse; many nieces, nephews, and cousins, and his former wife Elizabeth Douglass.
The family would like to offer a special thank you to Ken and Refija for all the care and comfort given to Paul.

The services will be held at the convenience of the family. Interment will be in Woodlawn Cemetery in Syracuse. Arrangements are with Friedel, Williams, & Edmunds Funeral and Cremation Services, 13 Oxford Rd, New Hartford.

Please consider Meals on Wheels of Oneida County in memory of Paul.