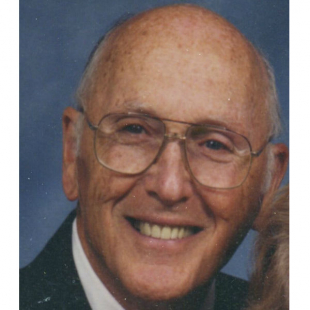 In Memory of Oscar W. Meneses

Mr. Meneses was born September 12, 1925 in Cuba, son of Nicholas and Viola Kleintop Meneses. After completing his primary education in Pennsylvania, he then received a scholarship to attend the University of Tennessee where he played football and played in the Rose Bowl. Ozzie used to say the best part of his time in Tennessee was meeting the love of his life, Dorothy Cook. He finished his education at Dickinson College where he received his Bachelor’s Degree.

Oscar enlisted in the US Army during World War ll. He served bravely in Europe and was part of a corp of dedicated soldiers who worked to help reconstruct war torn Austria.

On September 3, 1949 he married Dorothy Cook. They were married for nearly 62 years when she died July 12, 2011. Ozzie and Dorothy were best friends and their relationship provided much joy and security to their family.

After exploring several careers, Ozzie was employed with General Electric in the personnel department. He was known for going the extra mile in working with employees in many diverse areas of the manufacturing facility.

An active member of Zion Lutheran Church, Ozzie served on the church council, sang in the choir, was active with the Stephen Ministry and volunteered to deliver meals. He was always willing to take on any task that needed to be done at the church.

Mr. Meneses was a man of many interests. He enjoyed golfing and played every week right up to the autumn of 2019! Gardening was an important part of Oscar’s leisure time activities. He and his wife traveled extensively and looked forward to their yearly trips to the New Jersey shore. While Ozzie was always involved in competitive sports, he placed a priority on personal fitness. A healthy lifestyle was important to Oscar and may have contributed to his exceptional longevity.

The family appreciates the compassionate care shown to Oscar at the Lutheran Home Gordon Rehabilitation Unit during the final weeks of his life.

The funeral will be Monday at 10:00 AM Zion Lutheran Church, 630 French Road, New Hartford. Interment will be in Crown Hill Memorial Park. Calling hours are on Sunday from 2-4 PM at Friedel, Williams & Edmunds Funeral and Cremation Services, 13 Oxford Rd., New Hartford.

In memory of Oscar, those who wish may make donations may be made to the Community Food Bank.