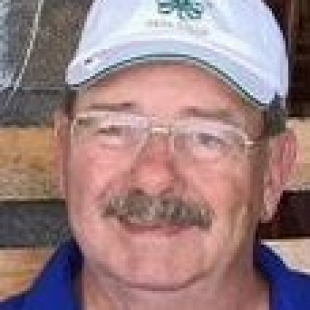 In Memory of Mark Raymond Wilkins

Mark Raymond Wilkins, 73, died on Wednesday, October 6, 2021, at home, surrounded by his family, after a brief illness.

He was born in Braintree, MA, on July 24, 1948, the third child of A. Virginia and R. Raymond Wilkins. He attended Braintree Public Schools, Archbishop Williams High School, followed by St. Anselm’s College and Bentley College. In 1970, he joined the United States Marine Corps Reserve, and was discharged in 1976 at the rank of Sergeant.

In 1978, he married Nancy Walkowski of Buffalo, NY, and spent the first eight years of their marriage in the Buffalo area. They moved to the Utica area in 1986, when he joined the Utica National Insurance Group as the Director of Credit and Collection, a position he retired from in 2014. He was past president of the New Hartford Rotary Club. He was a fan of the Boston Red Sox and the Buffalo Bills, and enjoyed playing golf.

He was predeceased by his parents and an older sister, Susan M. Mctigue. He is survived by his wife Nancy; two daughters, Vicki Wilkins of Albany, NY, and Katie Kellogg and her husband, Chris of Haymarket, VA; and two grandchildren, Matthew and Madelynn of Haymarket, VA. He is also survived by a brother, John (Lynn) of North Grafton, MA; and sisters, Virginia (Paul) Donovan of Milton, MA, and Ann (Tom) Carroll of Marshfield, MA.

Mark’s funeral will be on Monday, Oct 11, 2021 at 6:00 PM at the Friedel, Williams & Edmunds Funeral and Cremation Services, 13 Oxford Road, New Hartford. Visitation will precede the service, from 4-6 PM.

In lieu of flowers, please consider donations to Wounded Warrior Project or Toys for Tots in memory of Mark.