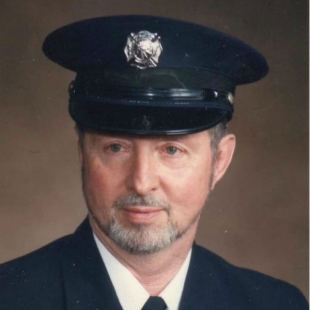 Joseph E. Crandall, Jr. of New Hartford died peacefully on Sunday, December 15 surrounded by his loved ones at Lutheran Care in Clinton.

Joe was born July 30, 1932 in Utica, NY, the eldest son of Joseph Sr. and Dorothy (Taylor) Crandall. He grew up in Earlville, NY and graduated from the Florida Military Academy and attended Hartwick College. On February 9, 1952, he married Mary Trainer in Gilbertsville, NY. They shared a loving union of 56 years until her passing on February 13, 2008.
Joe was active in the Army reserve from 1950 to 1959 and was an active member of the Earlville Fire Department. In 1963 the family moved to New Hartford when Joe took a position at General Electric Co. from which he retired in 1988. Joe joined the New Hartford Fire Department in 1970, serving as recording secretary for 34 years. He was also active in the Fire Police for many years, a recognizable figure directing traffic at the Utica National intersection of Genesee Street and Route 12 right up until the fall of 2015 when he entered the Lutheran Care facility.

Joes family would like to thank the staff of the Bryant Unit at Lutheran Care for their care and compassion over the last four years. In lieu of flowers, please consider a donation to the Alzheimer’s Association, or the New Hartford Fire Department.