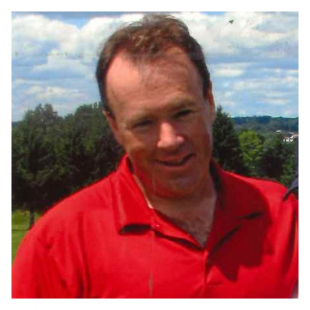 In Memory of John F. Devlin

John F. Devlin, 57, of New Hartford was a loving and devoted husband and father who passed away unexpectedly on April 6, 2021. He was born at St. Vincent Hospital in New York City and grew up in Woodhaven, Queens. John was an ROTC student at Xavier High School where he graduated in 1982. He attended Le Moyne College in Syracuse where he earned his Bachelor of Science in 1986 and his M.B.A. in 1998.

John married the love of his life, Donna Jadhon of New Hartford, in August of 1989. The two shared more than 30 years of marriage and were looking forward to years of retirement and travel.
John worked as a bankruptcy auditor for the United States Department of Justice and as a Certified Public Accountant (CPA).

He was active in the Boy Scouts of America from the time he was a young man. After completing his community service project at a neighborhood church in Queens, he earned the rank of Eagle Scout. His passion for scouting continued into adulthood where he was elected President of the Boy Scouts of America’s Leatherstocking Council, and served on the council’s executive board. He was also the recipient of the Silver Beaver award, which recognizes lifelong scouters of exceptional character who have provided distinguished service.

John was a member of the Church of the Sacred Heart and Saint Mary Roman Catholic Church in New York Mills.

A Funeral Mass will be held on Saturday, April 10 at 10 a.m. at Church of the Sacred Heart and Saint Mary in New York Mills. Interment will be in Calvary Cemetery. Arrangements are with the Friedel, Williams & Edmunds Funeral and Cremation Services, 13 Oxford Rd., New Hartford. COVID protocol will be followed at the Mass.