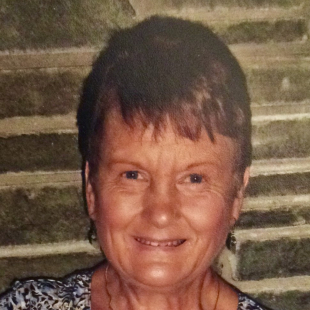 In Memory of Joan (Majka) Heinlein

Joan was educated in the Utica public schools and received her bachelor of science in education at State University of New York College at Oswego in 1962. She married Henry Heinlein II in 1963. She taught elementary school in Forestport, NY, Ogdensburg, NY and Whitesboro, NY. She also taught as a Migrant Tutor for Herkimer BOCES and as an instructor for Mid-State Correctional Facility. She was passionate about her students and the families she worked with. Joan was a parishioner of St. John the Evangelist Church in New Hartford, NY.

As a mother and as a wife Joan was the quintessence of selflessness, even when her health made it difficult. Sadly she endured extreme pain in her later years, yet she persevered and continued to care for those she loved.

She was a member of The Mohawk Valley Quilt Club and a Quilting group in Kissimmee, Florida where she was a “Snowbird” for 19 years. In her teen years Joan became an avid seamstress and was known to make many of her own clothes. Later on she sewed for her family. In more recent years she started her own business sewing dog and cat toys. Joan also enjoyed her flower and vegetable gardens.

She is survived by her husband Henry Heinlein II; her children: Karen Heinlein, Henry Heinlein III, Robert (and Beth) Heinlein, Ann (and Phil) DeAngelo; her grandchildren: Mathew Heinlein, Kadence Heinlein, Olivia Heinlein and Philip DeAngelo. She also leaves behind her beloved yellow lab, Katrina. Joan had many special friends and extended family members who she enjoyed talking with.

She was predeceased by her parents, Joseph and Helen Majka, her brother Joseph Majka and twin sisters Constance and Patricia who died as infants before Joan was born. Joan’s family would like to thank Hospice for all of the support they provided.

Calling hours will be Friday November 18 from 10 - 12 at Friedel, Williams & Edmunds Funeral and Cremation Services, 13 Oxford Rd., New Hartford, followed by a short service at the funeral home. Interment will be in St. Stanislaus Cemetery.

In memory of Joan, friends may consider donations to Hospice.