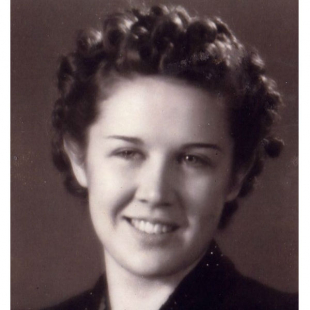 In Memory of Jean Smith

Jean Smith died peacefully on Thursday, October 15, 2020, at the Masonic Care Community with her family and loving family of caregivers at her side.

Born on July 19, 1917, in Utica to George Wood and Nealie Weaver Andrews originally of Montour Falls, New York, Jean was one of five children residing in Whitesboro, New York.
A graduate of Utica Free Academy, Jean’s early work as an office assistant took her to Washington D.C. where her father was then employed. There she met the wonderful man Howard E. Smith whom she would later marry upon his return from service in World War II on February 7, 1945.

Careers took the couple to Chicago, Amsterdam, Holland, and finally to a retirement in Virginia Beach, Virginia.

Predeceased by her husband of 45 years, Jean returned to be near her family in the Utica area. For the many years before her hospitalization, she enjoyed the warmth and comfort of her friend Roxanne Heacock’s home in New Hartford. She was an avid bridge player and a frequent visitor/stroller in her favorite garden at Root Glen.

Jean was also predeceased by her baby brother Robert, by her sisters Marylou Murdock of Utica, Margaret Ruben of Holland Patent, and her younger brother Richard Andrews of Utica. Also predeceasing Jean were nephews Robert G. Ruben, David Murdock, and John and Chris Bates and their mother, her dear sister-in-law, Eloise Bates of North Carolina and grandnephew Robert Ruben.

She is survived by a family devoted to her and indebted to her for her lifelong open door policy of welcoming them all and at any time with a cheerful,” Come into the house.” Keeping her in their hearts are nephew Peter Ruben and Maureen, niece Barbara and Gordon Dailey, nephew Robert Murdock and Carol, nephew Bill and Beth Bates , along with in-law nieces Judy Ruben, Diane Bates and Pat Murdock, grandnieces Sara Wengert(Chris Sohn) and Greta Wengert (Mourad Gabriel), Julie Ruben-Debiens, Laurie Ruben, Kim and Ed Wessinger , Kristen and Mike Skobla , grandnephew Peter Ruben and Karen. Jean’s dear friend Jean Redington joins the family in mourning Jean’s death.

Jean’s family is especially grateful for the years of tender care given to Jean by the staff on Amherst Household, Health Pavilion. They extend special appreciation to doctors Wilcox and McCormick and Nancy Furlong NP.

A graveside service and interment are scheduled for a later date when Jean’s ashes will be placed at her husband’s side at Arlington National Cemetery, Washington, D.C. Arrangements have been made by Friedel, Williams, and Edmunds Funeral and Cremation Services, 13 Oxford Rd., New Hartford.

Those wishing to make a donation in Jean’s memory may send a chosen amount to The Masonic Care Community, 2150 Bleecker Street, Utica, New York 13501.