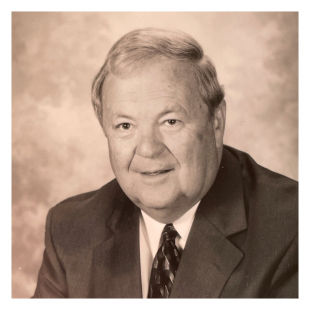 In Memory of Jack Price Jones

Born to the late Robert E. And Pauline (Bly) Jones on March 1, 1939 in Utica, NY. Jack was united in marriage to Alison Ruhm Jones on July, 31 1976. Jack graduated from Utica Free Academy and Utica College (‘62). Upon graduating, Jack enlisted in the United States Army and devoted 23 years of service to his country, retiring at the rank of Sergeant First Class and receiving the Army Commendation medal, something he was very proud of. He went on to Graduate from Stonier Graduate School of Banking in 1989. Jack spent over 49 years in banking as a Branch Manager and later achieved the title of Vice President of Commercial lending. He was a past President of the New Hartford Lions Club, former Treasurer of the New Hartford Chamber of Commerce, past President of the Utica chapter of the American Institute of Banking, a member of the New Hartford American Legion Post #1376, and a member of the “Ridgewood Raiders”. Jack was an avid Syracuse fan, who enjoyed landscaping, and took great pride in keeping his yard in pristine condition. Jack will fondly be remembered for his many jokes, his “Crazy Guggenheim” faces, and his love and compassion for his family and many friends.

Jack is survived by his loving and devoted wife of 44 years, Alison; his four daughters, Jennifer (William) Mohr; Allyson Jones Sanchez, both of Houston, TX; Courtney (Ryan) Watson of Rome, NY and Kelly (Ryan) Monaco of Utica, NY. Seven grandchildren, Abigail, Matthew and Andrew Mohr; Lily and Carter Sanchez, all of Houston, TX; Cole Price and Rory Monaco, of Utica, NY; along with several nieces and nephews and a great niece; and his beloved shih tzu, Lola.

Calling hours will be on Saturday, June 12 from 10:00 am to 12:00 pm at the Friedel, Williams & Edmunds Funeral and Cremation Services, 13 Oxford Rd., New Hartford. A private service will be held for the family.  Interment will be in Crown Hill Memorial Park.

Those wishing to honor Jack’s memory may make a donation in his name to the New Hartford American Legion Post #1376 or the Utica College Foundation.