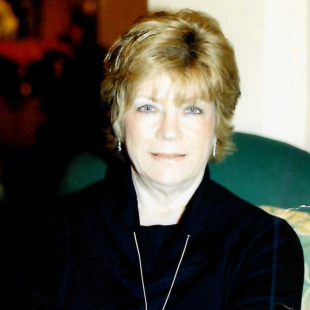 Eileen Ann Farrell Devino, (Lee) as most of us knew her was a daughter, mother, sister, aunt and friend. Eileen passed away at the age of 73 in her home in New Hartford, NY on April 28, 2021. She was born the third daughter of John and Rita Farrell. For 27 years, Lee worked for FAHC, now UVM Medical Center, first in cardiology and then in Clinical Research for seventeen years, before retiring in 2014.

During her first year of retirement she had the pleasure of caring for her grandchildren, which brought her much joy and happiness. Her second year, she made her move to New York. Lee was a Reach to Recovery volunteer from 1990-1995 with the Vermont Cancer Society. She too was a cancer survivor since 1988. Lee also was a part time caregiver for the elderly for many years. She enjoyed the simple things in life. Eileen loved her home and making it a comfortable and beautiful place. She also loved her fur babies and companions Bunny Bear, Jango and Gizmo. Lee believed that it is not our accomplishments that define us, it is all about how you traveled the path, with honesty, fairness and respect; Lee absolutely did that.

Lee leaves two loving sons, Ryan and his wife Jennifer of Tennessee, their daughter Emma and son Nicholas. Shawn and his wife Kristina, their daughters Isabella and Sophia of Arizona. The greatest joys in her life were her grandchildren, three beauties and her little man.

Lee was predeceased by her father John Farrell in 1974, her sister Joyce Correia in 1982 and her Mother Rita (Fregeau) in 1987.

Eileen will have a Funeral Mass at St. Joseph the Worker in West Winfield NY on June 12th at 10:00AM and family and friends will gather at LaVigne Funeral Home in Winooski Vermont on June 14 at 9:30 AM with a Committal Service to follow at St. Francis Xavier Cemetery.