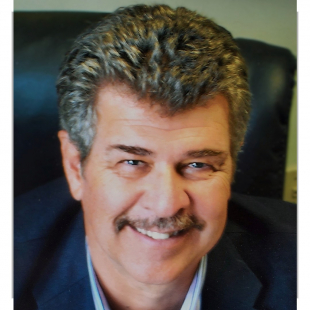 Ken was born on December 21, 1948 in Utica, NY to Dr. Anthony and Dorothy Graniero. In 1968, he married Cathy Nicholson; they raised two daughters, Lisa and Michele, and a son, Anthony. In 1989 he married Laura Krill and they raised their son Kenneth. And in 2011, he married Robin Bagnall and spent his retirement in Danbury, CT.

From early on in life, he knew his passion was in medicine. He graduated medical school from the University of Bologna, Italy, in 1972, and completed his surgical residency as chief resident at St. Raphael’s Hospital in New Haven, CT in 1985. He returned to Utica, NY to practice general and thoracic surgery with his father, a life-long dream which he achieved. He practiced medicine for 27 years, during which time he gained many distinctions in the City of Utica, including the official trauma surgeon for the Utica Police Department and Utica Fire Department, chairman of the surgery department, chief of staff, and president of medical staff at St Elizabeth Medical Center. He assisted in developing a novel procedure, the Percutaneous Dilatational Tracheostomy, in 1990, with his mentor, Dr. Pat Ciaglia, with whom he shared a surgical practice. The operating room was where he felt at home, second only to his greatest love, his family.

Ken was preceded in death by his parents, Anthony and Dorothy Graniero, and his daughter, Michele Graniero. He is survived by his wife, Robin Graniero, and three children, Lisa, Anthony (and wife Amy), and Ken Graniero.

Calling hours will be held on Sunday, May 2nd, at Friedel, Williams & Edmunds Funeral Home at 13 Oxford Road in New Hartford, from 2:00 p.m. to 5:00 p.m. The funeral will be held on Monday, May 3rd, at 11:00 AM, at Our Savior Lutheran Church, 1640 Genesee Street in Utica, with Pastor Anita Mohr officiating. Face masks must be worn at both the funeral home and church along with social distancing. Contact tracing forms will need to be signed at both locations.

Flowers may be sent to Friedel Williams & Edmunds in New Hartford, or In lieu of flowers please consider donating to St. Jude’s Children’s Hospital.