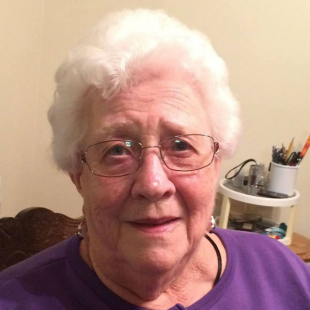 In Memory of Dorothy M. Spriggs

She was born June 20, 1930, in New York Mills, the only child of Dora and DeWitt Acker and graduated from New York Mills Schools. She married Harvey R. Spriggs on September 3, 1949.

Dorothy worked at the New York Mills School for over 25 years.

She lived her entire life in the village of New York Mills, 68 years on the same street.

She was a member of the First United Methodist Church, New Hartford.

She is survived by her daughters and son-in-law Donna Spriggs of Utica, Deborah and David Maciewicz of Barneveld, her grandson Benjamin (Paige) Maciewicz and a great-granddaughter Brinkley Schuyler. She was pre-deceased by her husband, Harvey in 2001. She mourned the death of her beloved grandson David every day since his passing in 2017.

Due to current health restrictions funeral services will be private at the convenience of the family. Interment will be in Glenside Cemetery, New York Mills. There are no calling hours.

In lieu of flowers, donations in Dorothy’s name may be made to the New York Mills Historical Society, PO Box 151, New York Mills, NY 13417