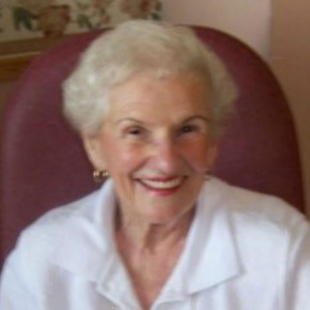 Dorothy Stringer, 101, of New Hartford and formerly of Utica, went to heaven on Saturday, September 7, 2019 while at home with her loving family.

She was born on November 16, 1917, in New Castle, PA, the daughter of the late William and Sarah Griffiths Williams. She attended UFA High School before becoming manager of a laundromat on Oneida Square.

On April 19, 1941, Dorothy married Joseph Bubel. They enjoyed traveling to Florida and camping at the St. Lawrence River until his passing on October 9, 1961. She later married Raymond Stringer on June 26, 1982. They spent many years traveling in their RV together, bowling in local leagues and spending summers at camp. Ray passed away on February 4, 2009. Dorothy worked as an assembler at General Electric for many years, retiring in 1977. She was a member of Plymouth Bethesda United Church of Christ in Utica and was active in the church circle.  She was also a member of the St. David's Society of Utica.

Dorothy loved spending time with her family, playing cards and being at camp in Sylvan Beach watching the boats go up and down the canal. She enjoyed her glass of red wine as she watched the beautiful sunsets on Oneida Lake, which was probably her secret for living to 101. She will be missed by her family who will lovingly cherish her in their hearts forever.

She is survived by her brother Lawrence Williams, Utica, niece, Lauri and her husband, Tom Noga, Utica, great niece Jessica Torres and her beloved sons Dominic and Mason, Whitesboro, great niece Sarah and her husband, Paul Kelly, Utica, nephew, Bill and his wife Karen Williams and their family, Meredith and Justin Kulik and sons and Alison and Gary Reynolds and daughters, Rochester, nephew, Dick Williams, Florida and stepson, Jim Stringer and his family, Oregon. Also she leaves many honorary nieces and nephews as all that knew her called her “Aunt Dottie”. She was predeceased by her brothers William “Al” Williams and John “Jack” Williams, sister-in-laws, Charlotte Williams and Beatrice Williams and her great nephew Alex Torres.