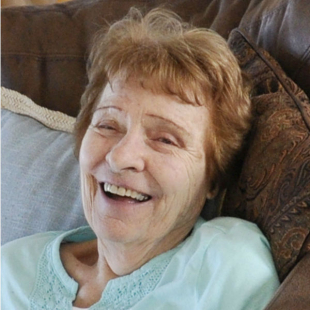 Doris E. (Wilson) Johns passed away Sunday, Oct. 25, 2020, joining her husband Don in heaven. It was the end of a bountiful life devoted to her family, friends and faith -- all of which gave her joy and strength.

Doris was born in Troy, N.Y., daughter of Margaret (Tennant) Wilson and George Nicol Wilson. She was an only-child and sometimes mischievous, which ensured that her parents were watchful as she grew toward adulthood with a love of music, learning and family tradition.

Doris graduated from Oneonta State Teachers College and began her career in Schenectady, where she met her husband Don.

They were married on Sept. 18, 1953, and settled in Scotia, N.Y., followed by Burnthills where Doris began teaching. After a job transfer was offered to Don from General Electric, they moved to Utica to start a family.

Doris set aside her love of teaching for the only thing she loved more, her family. Raising four children kept her busy but she always knew she would return to the classroom. When the time came, she began to substitute teach in the Utica School District, soon becoming the go-to person teachers requested, as she was strict but kind, organized and knew how to guide a class.

With her family now grown, Doris began teaching again full time at General Herkimer in Utica, returning to a career for which she was so passionate. She often would say that “children are the world's miracles,” and she helped to guide hundreds through the years.

Music was an integral part of her life and Doris used her talent to sing in choirs from a young age, frequently performing solo work at weddings and churches as she became older. At Central United Methodist in Utica, she even launched a cherub choir that she guided for years which fused her love for children and music.

But her family was the one thing that came first. No one was more important to Doris than her husband, four children, and seven grandchildren. Visits to her home, travels to theirs, and annual vacations to Cape Cod or the Outer Banks kept her family closer to her, and each other, through the years. Doris loved all of them dearly and always considered herself blessed. The positive effect of this devotion on her grandchildren was immeasurable, as she gave each of them endless love and joy, even during her last remaining months.

Doris leaves behind her daughter and son-in-law Linda and Jim Adamkowski (Michigan), her son Donald Johns (Florida), her son and daughter-in-law Ronald and Roxanne Johns (Yorkville, N.Y.), her daughter and son-in-law Nancy and Kevin Daly (Minnesota), and her seven grandchildren Ashley, Paul and Andrew Adamkowski, Victoria Johns, and John, Parker and Kyle Daly. Doris also leaves behind many close, lifelong friends including Carol and Carmen Salvatore, which were like second parents to her children.

The family is especially appreciative to the staff at Eastern Star Home for their unwavering care and concern for Doris since her arrival in March.

Doris will be buried Tuesday in West Schuyler Cemetery next to Don who passed away in 2010. Due to COVID-19, there will be no visiting hours, just a small private family service.

In lieu of flowers those who wish to contribute may donate to the Steven-Swan Humane Society in her name.

Arrangements are in the care of Friedel, Williams & Edmunds Funeral and Cremation Service, New Hartford.