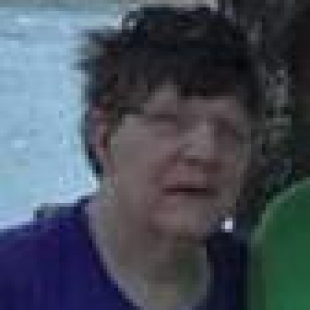 Deborah was born April 17, 1958 in Brooklyn, NY, daughter of Ruth Mae and Otto John Lange. After graduating from Ridgefield Park High School in 1976. Deborah graduated from Mohawk Valley Community College with an Associate's Degree in Human Service in 1992 and also completed three semesters at SUNY IT working towards her Bachelors in Psychology.

Deborah was a devoted wife of 41 years and a homemaker for her children. Deborah worked at McDonald's as a manager from 1997-2001 and then Central Association for the Blind from 2001-2010.

Mrs. Pfranger was an active member of Trinity Lutheran Church in Utica. Mrs. Pfranger as well as a former member of Hope Alliance Church in New Hartford. She was a member of the Handicap People of the Mohawk Valley for 15 years and served as President from 1997-98. Her hobbies included refinishing furniture, sewing, and baking.

The family would like to thank Dr. Alicia Detraglia and staff for the compassionate care while Deborah battled colon cancer for three years as well as the hospices nurses who provided end of life care for Deborah in her home which allowed her to pass peacefully there according to her wishes.

Due to current circumstances, the service will be private for the family. When COVID restrictions are lifted, the family will be hosting a celebration of life and Salvation in honor of Deborah Ruth.

In lieu of flowers, donations can be made to either Freedom Guide Dogs in Cassville, New York or Hospice & Palliative Care, Bereavement Care in New Hartford, New York.