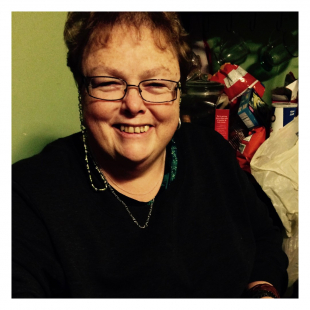 Deborah M. Paquette Ingersoll, age 68, passed away unexpectedly on January 30, 2021. She was born May 6 , 1952 in Utica, New York to Lynn and Marilyn Paquette. She married her longtime friend and love of her life, John Ingersoll Sr., in October of 1971.

Debbie was a true matriarch in every sense of the word. She was a dedicated mother first and foremost, and treasured every moment with her children; she especially loved her role as Grandma. Her family will most fondly remember her in the kitchen; cooking, baking, and infusing love into every dish she made, along with a sprinkle, dash, and pinch of everything else.

Debbie was preceded in death by her son, Craig Ingersoll. She is survived by her husband of 49 years, John Ingersoll Sr; her son, John Ingersoll Jr. and his wife Shawn; her grandchildren, Taylor DeVito, Jacob, Sophia, and Carson Ingersoll and Samantha and Ryan Thompson; her great grandchildren, Ayden Engram and Rylee Thompson; her sister, Lori Forbes and beloved nieces Hillary Forbes and Hannah Forbes and her fiancé Richard LaSalle and two very special children, Steven and Kylie; her brother, Bruce Paquette and niece and nephew Grace and Alex Paquette; her brother, Wayne Paquette; her brother Lynn Paquette and his wife Bertha; her brother and sister in law, Edward and Elaine Ingersoll; and her beloved chihuahua, Duncan. She touched these lives deeply along with many more extended family members and friends.

Please join us in celebrating her life at a visitation Thursday evening February 4, 2021, between 5-7 PM at Friedel Williams & Edmunds Funeral Home in New Hartford, NY. We will be operating at limited capacity allowing 10 people in as 10 people leaves. Face Masks must be worn and social distancing followed. Contact tracing is required.

In lieu of flowers, memorial contributions may be made to the American Heart Association or American Diabetes Association.