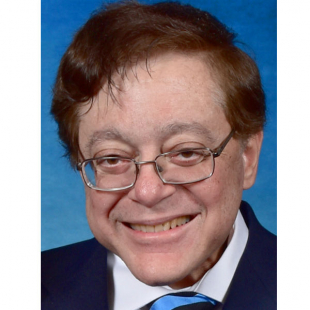 In Memory of David P. Castellano

He was born March 1, 1957, in Utica, son of the late Frank and Mariangela Iuorno Castellano. He graduated from Whitesboro High School, Hamilton College and SUNY IT where he received his Masters’s Degree in Computer Engineering.

He worked as a Computer Engineer, at Sterling Software, Northrup-Grummon and also at the Air Force Research Lab in Rome.

He was a member of St. Mary’s Church in Clinton.

David loved traveling, especially cruises. He and his wife traveled extensively throughout the world, including Europe, Central America, South America, the South Pacific Islands and Australia. He had a passion for Space and especially the Apollo Space missions. He also enjoyed TV science fiction and was an avid fan of Star Trek. He also loved Italian cuisine, especially, Lasagna. He was an avid Chess player from as far back as high school, and he also enjoyed postal chess and more recently Internet chess. He loved his second home in Florida and spending time with family.

He is survived by his wife, Diane Cavallaro, M.D.; two sons Thomas and Michael Miglietta of Clinton; his brother and sister-in-law, Cosmo and Nancy Castellano of New Hartford, his nephew Robert Castellano of New York City; his uncle and aunt Dr. Frank and Roseann Iuorno of Richmond, VA; his cousins Joe Iuorno, MD, and Frank Iuorno, DDS,MS of Richmond, VA; his cousin Mary Boyle of Wayland, MA; his cousin and friend Marguerite Plescia and several other cousins. He is also survived by his lifelong friends Alan Smith and Jim Carollo who were at his side.

The family extends their thanks to the nursing staff of Faxton-St. Luke’s Healthcare for all of their care.

The funeral will be Friday at 10:00 AM at St. Mary’s Church, 13 Marvin St., Clinton. Entombment will be in Calvary Mausoleum. Calling hours are on Thursday from 5-7 PM at Friedel, Williams & Edmunds Funeral and Cremation Services, 13 Oxford Rd., New Hartford.

In lieu of flowers, donations may be made to the American Cancer Society.