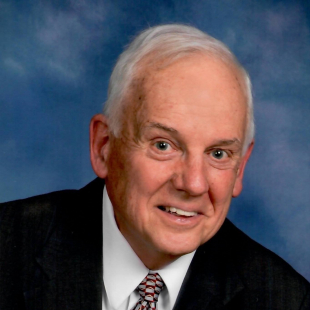 In Memory of David Dudgeon, III

He was born March 6, 1945, in Utica son of the late David Dudgeon, Jr. (1908-1990) and Eleanor Katherine Wood Dudgeon (1914-2000). David grew up at the family home on Newport Road in Schuyler, NY. He attended Schuyler District #7 one room school from 1950-1957 and recorded memories of this experience in a book he wrote in 2019. He completed eighth grade at Kemble School in Utica in 1958 and graduated from Utica Free Academy in 1962. He was a life member of the UFA Alumni Association.

He graduated from Westminster College in New Wilmington, PA, in 1966 with a BA degree in Psychology and Spanish and was a founding brother of Zeta Lambda Chapter of Theta Chi Fraternity. He received his MS Degree in 1973 from SUNY Albany in Educational Communications and completed certification requirements for School District Administrator in 1976 at SUNY Cortland. He also did graduate work at Syracuse University, SUNY Binghamton and University of Valenica, Spain.

David was a Spanish Teacher at Oppenheim-Ephratah Central School from 1967-71 and retired as Educational Administrator at Herkimer County BOCES where he worked from 1971-2000. He was an Associate Broker at Bruce Ward & Company Real Estate since 2001.

He was a member of the Herkimer United Methodist Church since 1973 where he served as a Certified Lay Speaker and did Missionary work in Costa Rica at The Methodist School since 2010. He was a member of Phi Delta Kappa since 1976, a retiree Affiliate of the School Administrators Association of New York State (SAANYS), former Regional Representative to SAANYS Retiree Advisory Committee from 2001-2016, former superintendent of the Flower Show at Herkimer County Fair from 2008-2017, former board member and President of the Cornell Cooperative Extension of Herkimer County and regional representative to NYS Council of Cooperative Extensions Associations , former board member of the Mohawk Valley Center of the Arts, former member of Friends of General Herkimer Home, a board member and former President of the St. David’s Society of Utica from 2005, and a board member and former President of The Mohawk Valley Homestead since 2001.

David enjoyed gardening, skiing, traveling and genealogy. He has attended classes at Mohawk Valley Institute for Learning in Retirement since 2000.

He was predeceased by his cousins Beverly Langmo, Sandra Koontz, June Wood and Fred Wadsworth.

Calling hours will be Thursday from 4-6 PM at Friedel, Williams & Edmunds Funeral and Cremation Services, 13 Oxford Rd. New Hartford. A funeral service will follow at 6:00 PM. Interment will be in St. Paul’s Cemetery in Paris, NY.