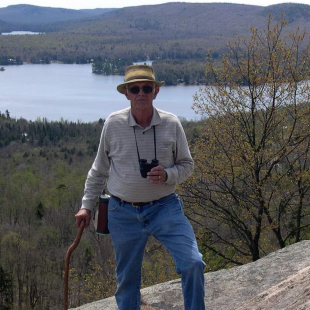 In Memory of Allan R. Turner

Allan R. Turner, age 89, of New Hartford, NY died on April 29 at St. Elizabeth Medical Center in Utica surrounded by his family. He was born in 1932 in Windsor Massachusetts, the son of Edgar Turner and Mildred Higgins Turner. Allan was an active member of 4-H as a child, receiving many awards and accolades for his 4-H project work, particularly in showing Dairy Cattle. Allan graduated from Dalton High School in 1950 and went on to receive his B.S. from the University of Massachusetts in 1955 with a degree in Agricultural Science. He then served two years in the Army before beginning a career with Cornell University Cooperative Extension in the late 1950’s, serving as a 4-H Agent in training in several New York State Counties prior to accepting a full-time position with the Livingston County, NY Extension Service.

Allan met his future bride Barbara Smith at a State level 4-H Agents training program at Cornell University. Barbara was serving as a 4-H Home Economics Agent in Steuben County at the time of their meeting. Allan and Barbara were married in 1963 in Rochester, NY. Between the birth of their first child, David Turner, and third child, Shelley Turner, the family moved to East Lansing Michigan where Allan received his M.S. Degree in Agricultural Education. Middle child Andrew Turner was born during the time in Michigan. Allan served the community of Livingston County until 1988, working with the 4-H program throughout that period, and later serving as the overall Extension Coordinator for Livingston County. His 4-H career was highlighted by strong support to 4-H Club and agricultural education programs with a focus on animal sciences, while also embracing new 4-H programming efforts in science and engineering. Allan was passionate about the 4-H Dairy Judging program, mentoring countless youth in both Livingston County and at the State level through 4-H programming at the New York State Fair. Allan received National recognition for his 4-H work in 1980, receiving the 4-H Distinguished Services award from the National 4-H Educators Association.

He retired in 1988 and relocated to Laconia, New Hampshire to build a home adjacent to Barbara’s parents Royal and Verna Smith. In early retirement, Allan and Barbara found great enjoyment in helping to operate the Smith family U Pick Apple Orchard, sharing their love of New Hampshire with children and grandchildren for many years. They moved to Oneonta, NY in 2005, to be closer to children and grandchildren. Allan and Barbara moved to a senior living community in Utica in 2017, within a short distance of daughter Shelley Hatch and family.

Allan was a member of the Presbyterian Church in Leicester, NY and later the United Methodist Church in Laconia, NY where he served as treasurer, as well as the Elm Park United Methodist Church in Oneonta, where he and Barbara are still members. Allan was an active member of the Livingston County Kiwanis Club and enjoyed camping, golfing, hunting, fishing, and supporting his three children in their activities in sports, 4-H, and other school activities. Allan developed a strong interest in genealogy, bird watching, and bird carving in his later years, creating many treasured family heirlooms through his art and taking on the valuable role of the genealogist for the extended Smith branch of the family for several decades.

Allan was pre-deceased by his younger brother Lawrence and is survived by his wife Barbara, three children David Turner (Patti), Andy Turner (Anne) and Shelley Hatch (Nate) and five grandchildren Jessica and Aleena Hatch, Josh and Duncan Turner and Madeline Turner. He is also survived by his older brother Edward Turner.